Another day, another showdown; this time it’s DTS VS Dolby Digital 5.1.

It’s likely you’ve heard of these 2 formats considering they’re in pretty much everything these days, but there was a time when this wasn’t the case. Mono sound was the one that originally dominated the scene.

However once they were introduced, they revolutionized the industry forever.

Dolby came first, and can be credited with the popularization of surround sound; with the latter coming later as a variation of it.

So naturally, one might then wonder which one of the two is the better format?

While it’s certainly a close call, surprisingly there is a winner.

History Of The Dolby Format

The Start Of Stereo Sound

The Beginning Of Surround Sound

The Arrival Of Dolby Digital 5.1

Which One Of The Two Is Better

History Of The Dolby Format

Believe it or not, the Dolby format itself has been around for nearly 50 years now. It began in 1965 as a small company in London, and was founded by a man named Ray Milton Dolby.

Now Ray was an interesting man to say the least.

Not only was he an electrical engineer and physicist at a young age, but he was also a technical advisor of the United Nations in India. He’s even credited with helping invent the Video tape recorder.

This all before he even began the Dolby Company that obviously took off (talk about talented) But his inspiration stemmed from an innate all around passion for music and filmmaking.

But realizing that there was still much progress to be done, in 1966 he created what was known a noise reduction.

In most recordings prior, besides the original audio, there was often background noise and static that tended to muddy the sound. But since this was the standard, everyone pretty much accepted it as normal.

With his noise reduction technology, this cleaned up the sound dramatically; resulting in an unparalleled level of clarity never seen before.

As you could probably imagine, this was a pretty big deal.

Musicians and filmmakers alike praised him for this revelatory invention. http://www.independent.co.uk/news/obituaries/ray-dolby-obituary-inventor-whose-noise-reduction-technology-transformed-sound-reproduction-8815543.html

But being the kind of person that he was, this was barely the start.

In 1969 he received the first patent for his newly coined Dolby Sound system, and in 1971, the first film incorporating his new technology was introduced called A Clockwork Orange.

By the end of that year, it had already become standard in content moving forward; in music and movies alike.

The Start Of Stereo Sound

In 1974, they managed to develop stereo sound. This was markedly richer and clearer than mono sound, and they knew they immediately knew they had the next big thing on their hands.

On May 25, 1977 one of the biggest blockbusters of all time came out touting the new technology. Any guesses to what that movie was?

Yup, the first Star Wars was actually the first movie to be released in Dolby Stereo. People were blown away to say the least.

This was the point where movie theaters, and even sound itself, was changed forever.

According to Walter Murch, a legendary sound engineer, their focus was to show the public the effect that quality sound had when it came to how immersive the experience could be overall. http://www.tested.com/starwars/460476-star-wars-and-explosion-dolby-stereo/

The Beginning of Surround Sound

But here’s the interesting part that many might not be aware of. The idea of surround sound isn’t new. It’s actually been around since about the 1940’s.

Walt Disney originally had plans to make the movie Fantasia able to be heard all around the audience. The vision never came to fruition due to costs however, and was scrapped. http://www.informit.com/articles/article.aspx?p=337317

Even though it wasn’t commercialized until years later, right around the time Dolby was working on stereo, they were also already working on its successor — 5.1 surround sound!

By 1975, a rudimentary form of it was in development; dubbed quintaphonic sound.

The idea of course, was to be able provide a sense of realism where the sound would envelop the listener. The first film to actually use this experimental tech was Tommy.

Then In 1976, they made headway by managing to modify traditional film strips to use their format.

Finally, 1979 was the first year where separate surround speakers made their debut in the movie Apocalypse Now.

1983 saw the first release of commercial in home surround sound, and in 1986, he released an improved version of his noise reduction invention called Dolby SR (which is still revered to be the best even to this day)

The Arrival Of Dolby Digital 5.1

With the world quickly advancing in other areas of technology, they realized they needed something new to rejuvenate public interest. So by using compression technology to fit more information into a smaller space, they once again created something noteworthy.

Once again filmmakers were flabbergasted, and everyone wanted in.

That summer, Batman Returns held the honor of being the first movie to officially use it (not to mention it was a good movie in general) By 1998, it was already being used in live HDTV broadcasts.

Now the way it actually works is a little in depth, but here’s a short video that manages to solidly explain it.

But as luck would have it, not everyone was on the Dolby bandwagon.There were other engineers out there that still felt the format wasn’t good enough; and so decided to take matters into their own hands.

In 1990, a man by the name of Terry Beard decided that he would create his own company, which was called Digital Theater Systems Inc at the time (today it’s called Dedicated To Sound, DTS for short)

Terry felt that he had a genuinely unique spin on the idea of surround sound, and so pitched his new tech to none other than Steven Spielberg.

He managed to redo Spielberg’s movie, Encounters Of A Third Kind, entirely in DTS.

By managing to impress one of the most influential filmmakers at the time, he figured he’d be able to prove that his offering had real value in the industry.

Well it obviously worked, because not only did Spielberg completely endorse his idea, it was the featured standard of his next movie.

In 1993, Jurassic Park was released, fully mastered in the offering from Digital Theater Systems.

Shortly after, Universal Studios, and various other companies invested in what they thought was the future. https://www.soundandvision.com/hookmeup/406hook

Which One Of The Two Is Better? 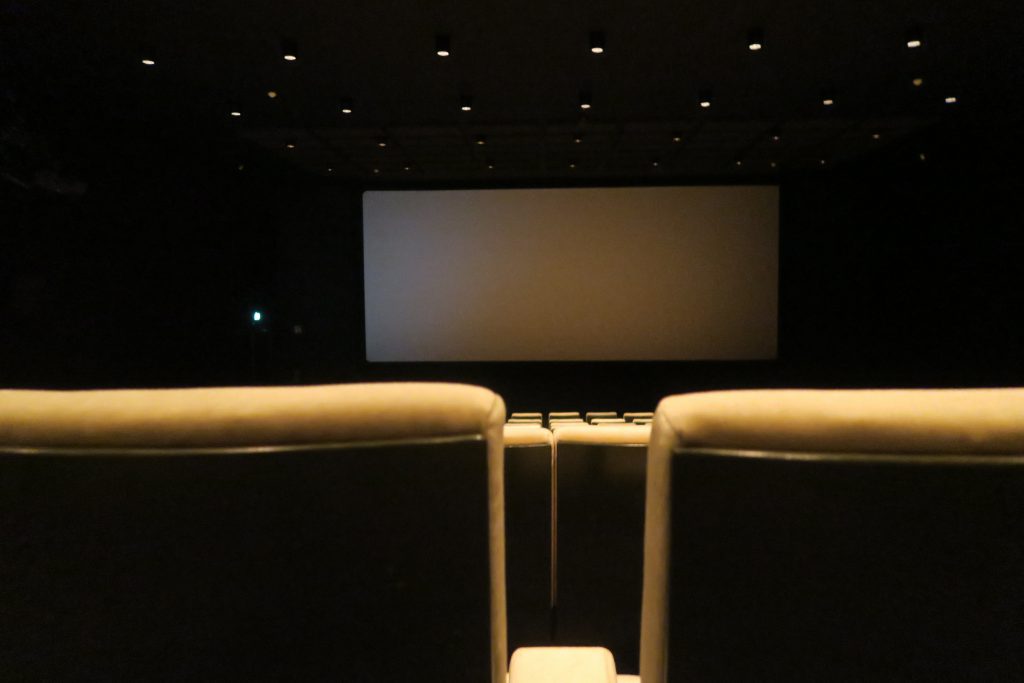 The question then becomes which is better?

Well the answer to that is a little complicated. On paper, DTS technically has the advantage since it’s able to stream data at a higher amount.

With less compression than Dolby, combined with a higher bitrate (the amount of information it can stream at any given time) it only makes sense.

However Dolby raises a valid counterpoint by stating that because their format is more efficient, it doesn’t need to run at a higher bitrate to get the same quality of sound.

Both of these points are debatable due the fact that there’s currently multiple versions of each.

It doesn’t help either, that both companies seem to constantly update their codecs as well. What makes it even more difficult is the fact that everyone perceives sound differently.

To further complicate things, movies are typically only mixed with one format or the other so it’s almost impossible for a direct head to head comparison.

So for me to objectively say that one is irrefutably better than the other is also impossible.

What is possible and what I can speak on is what I’ve personally noticed.

Now I’ll just be covering the audio difference I experienced, but if you’re curious about more of the technical, nitty gritty differences between the two, then this is a fantastic article to read. http://www.practical-home-theater-guide.com/dolby-vs-dts.html

So to really get to the bottom of it, I decided to go on a mini movie binge. I watched Avengers Age Of Ultron, Guardians Of The Galaxy 2, Spiderman Homecoming, and a quite a few others (I love superhero movies) By the end, this is what I realized.

Compared to Dolby Digital, DTS seemed to have a wider dynamic range all around.

Whether it be explosions, dialogue, etc., it always seemed as though it was able to just go a little bit louder at the same volume comparatively.

That, and I also noticed that the surround speakers sounded livelier with DTS. Ambient noises like rainfall and chirping birds seemed to be a lot more prevalent.

The reason for that could be attributed to the fact that there’s technically more data encoded in them, so I guess it only makes sense.

Now with Dolby, not only was the difference between the loudest and quietest sound a little narrower, information in the surrounds was also just slightly more reserved.

This can be seen as a positive however, since if you happen to be watching a movie at night, there wouldn’t be those massive spikes in volume that scare you half to death.

Another benefit of this lower dynamic range was that dialogue was a little bit easier to make out.

Mind you it wasn’t a huge difference, but it was one that you could make out.

So to answer the original question about which one is better, in general I preferred DTS because it seemed to offer a funner experience overall.

But for nighttime watching, I preferred Dolby Digital because I didn’t have to turn it up as loud to hear the dialogue.

It’s not like they were leagues different either; differences were minute at best — so if anything they’re not too far apart in terms of their capability to produce detail.

But again this is over the course of viewing many different movies that were all mixed differently, and considering that we as the end user don’t really have a choice on which movie uses what, our preference of one or the other doesn’t really make too much difference in the end.

Hopefully this helps when it comes to DTS VS Dolby Digital 5.1, as far as the better format is concerned.

However, even though these two are the de-facto standard for now, this may not be the case in a few years.

With the advent of Dolby Atmos and DTS X, the battle between the two industry leaders once again rages on.

In any case, due to their continued desire for constant innovation, we’re the ones that win in the end. ?