Oh boy it’s showdown time; it’s Dolby Atmos VS DTS X. I never would have dreamed that there would one day be something to supersede traditional surround sound, but hey, here we are.

Then again, these companies do have a long competitive history so I shouldn’t be too surprised.

I’ve personally experienced both of these wonderful formats, so I want to first give you a little background on them before I share my take on which I found to be better.

More importantly, this should help you with deciding whether or not it’s time to upgrade.

So with that, kick back, grab your popcorn, and get comfortable because it’s time to settle this.

What Is Dolby Atmos, and Why Was It Introduced?

What Do You need for it?

What Do You Need For It?

Dolby Atmos started out as a format strictly for theaters, since consumers didn’t have commercial access to it. With it still being worked on, and in its’ infancy, Dolby Laboratories (its creator) wanted to drum up excitement surrounding the new technology. The first movie given the greenlight to actually utilize it was in 2012; that movie being Brave (great film by the way)

This wasn’t a mass release either, since only about 25 theaters total had it. But this tactic certainly worked because not even a year later, that number dramatically increased to about 300. By this time, the hype was real.

Everyone started singing its praises in regards to how it would revolutionize not only theater, but eventually home theater as well. Then sure enough in 2014, it was announced that it would soon be making its way to home theaters.

From there it was a runaway success, with about 2100 theaters sporting it in the beginning of 2015, and it then becoming commercially available a short time after.

What Is Dolby Atmos, and Why Was It Introduced? 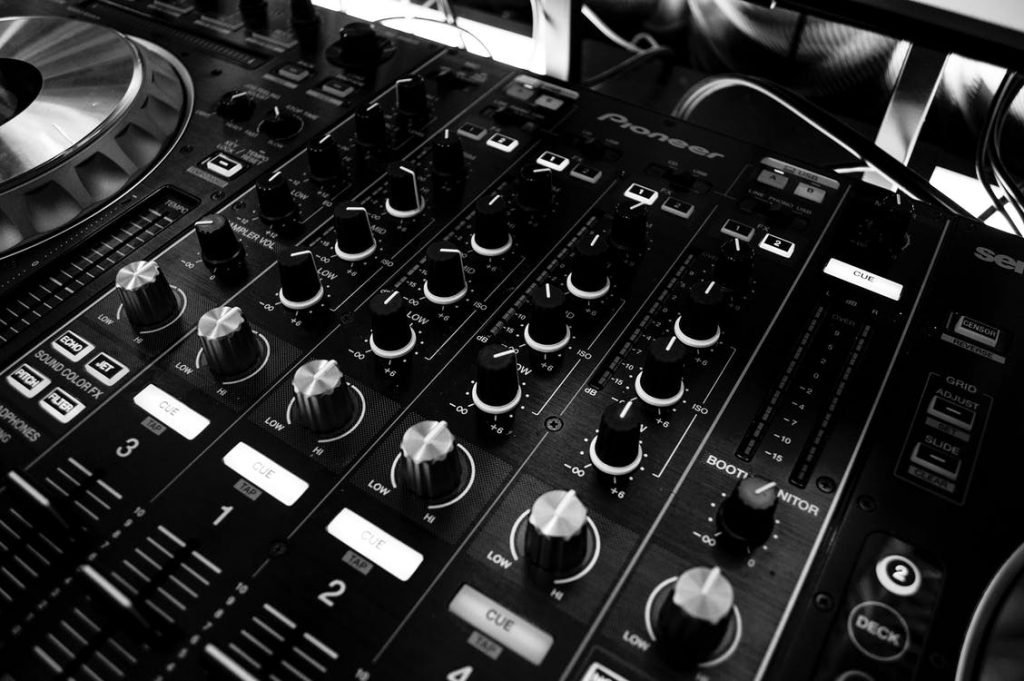 But the real question is, what exactly is it, and why was it introduced? Well the answer to that actually stems from the limitations of current surround sound. Typically, when a sound engineer has to develop a mix for content, they’re tasked with making sure that the audio pans from each channel seamlessly. To do this, they use what are known as faders.

Just think of those as individual volume controls for each speaker. The problem with this is that it can take a lot of time and effort to pull off, and if they’re not skilled, it can be really easy to mess up. If the panning effects are not properly in phase, then the illusion of an moving object is lost; not too dissimilar to the subject of timbre matching.

If mismatching speakers from different manufacturers are used, then what happens? The immersion of surround sound is lost due to the different sound signatures, so it’s a similar principle. This is where Atmos comes in.

Atmos is revolutionary in that it’s object based. Rather than simply manipulating the sound to go through a specific channel, they’re able to take that individual object making the sound, through a 3D space as if it were real.

They’re able to do this for every object travelling in any direction. If it isn’t sinking in how groundbreaking that is, let me put it to you this way in the form of a question.

How was it, probably incredible right?

Well Dolby Atmos absolves the idea of channels all together, at least in the digital sense.

Now when it’s raining in a scene, each raindrop would be treated as an object travelling through a 3D space hitting the floor.

If someone in a movie throws something, that object would act as though it were really flying through the air. You get the idea. It makes things feel super real, and incredibly immersive.

The particularly interesting part is that this doesn’t just apply to movies either, as the Playstation 4 and Xbox One actually support it in some of their games as well. This even makes gaming feel like something entirely different and exciting.

What Do You need for it? So all of that sounds great, but do you need anything special for it?

Well yes and no. The interesting thing is there’s 2 ways to actually implement Dolby Atmos in your own home.

The first way is through height and ceiling speakers.

Height speakers, like their name would suggest, are specially designed speakers that are meant to be placed up high so that they can direct their sounds overhead.

Typically for the full experience, you would want 4 of these up above, angled slightly downwards towards the listening area. This would help to better disperse the audio.

Ceiling speakers are also like their name suggests, designed to be placed on, or even inside the ceiling.

Now obviously you could probably see the issue with this. Chances are the average person likely won’t want to run wires through their ceiling unless they were truly serious about their audio.

Realizing this, Dolby managed to come up with a more user friendly option; modules!

These modules are smaller angled speakers that can be placed on top of your current speakers.

From there, their unique design allows them to project the audio upwards at your ceiling, thus reflecting it back to your listening position. It’s a way to get the same effect, but in a much more streamlined way.

Some speakers even have drivers built into the top of them so you don’t even need those. How convenient is that?

Do keep in mind though that you’ll need a receiver that states its capable, but that’s not hard to find since most modern ones do.

DTS X on the other hand, got its start as an inspiration of the competing platform Atmos. Being that their biggest competitor is Dolby Digital, they weren’t about to allow their rival to upstage them.

In 2015, Digital Theater Systems (DTS) stated that they would also be introducing their own object based sound format called DTS X.

By the end of the year, 350 already supported it. It was based off of the same premise, providing an impeccable sense of realism through 3D audio.

Support for it was nearly immediate as well, with receivers and game consoles alike announcing their endorsement behind it.

What Do You Need For It?

DTS X works much less the same in terms of the things you’ll need and such. You have the choice of using height speakers, or the small modules since they typically include cross support for both formats.

Obviously, you’ll also need the receiver that mentions it can do this a well; along with HDMI cables and a Blu-Ray player. Besides that, there’s nothing else special that you need for it honestly. 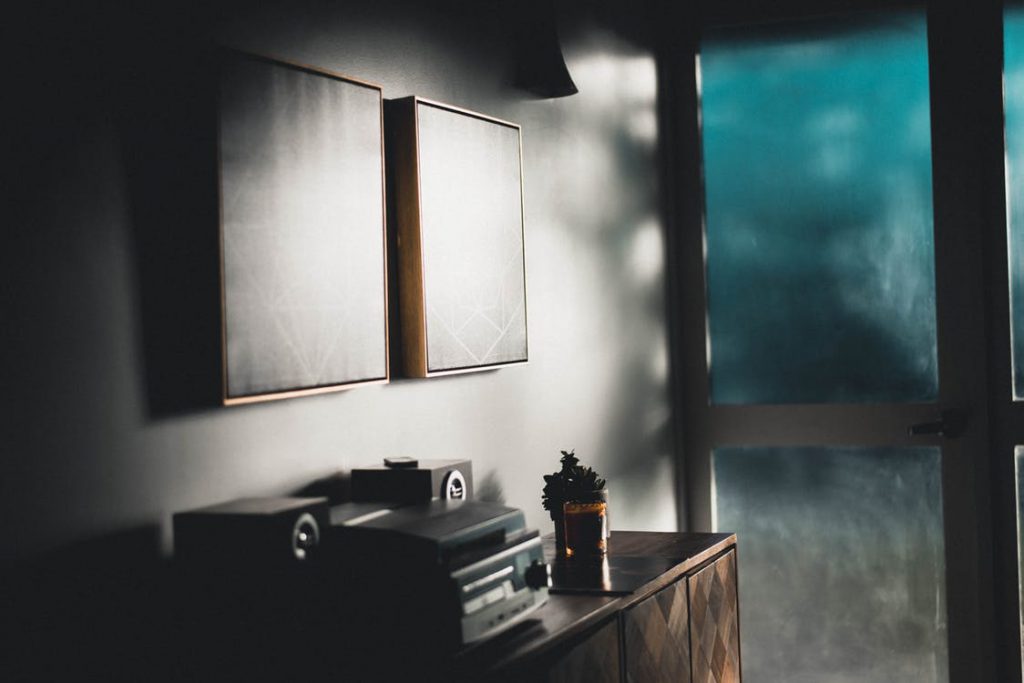 Now here’s what you’re really wondering, and it’s probably the reason you clicked on this article, which one is better? Well I’ll give you the on-paper answer, then the personal experience-real world answer.

So on paper, while being extremely similar, there are 2 key advantages the offering from Digital Sound Labs has over Dolby Digital’s Atmos; the first being customization. DTS X allows you to customize any portion of the sound at any given time.

Say for example, you’re watching a movie and the character’s voices seem low in comparison with everything else. What you can do in this instance, is raise the dialogue above the sound effects so that it’s more audible.

This level of customization in combination with a receiver’s EQ settings would provide for an unparalleled sense of personalization.

The other benefit has to do with mixing.

With Atmos, an engineer is required to create separate sound mixes for the same content in a movie theater that’s also released for the consumer commercially.

With DTS X however, they’re able to create one universal mix across the board.

This not only cuts down on costs, but also saves a lot of time and effort. This makes it an enticing choice for content creators to work with.

But in regards to what I noticed when I first tried the two, honestly, besides the excellent customization that DTS X offered, I didn’t particularly notice any profound differences.

Now mind you, even though the ability to have that level of control was nice, when talking about the actual sound of the two formats, they were virtually the same.

Be it movies, games, etc, that sentiment remained. I do personally think that’s a good thing though, because at least if a certain piece of content only supported one or the other, you really wouldn’t be missing out on anything either way.

So when it comes down to Dolby Atmos VS DTS X in terms of which is better, the latter offers a considerable amount of tweaking over the former, but equals it in auditory performance.

Overall though, they’re both revolutionary platforms, and really something you need to experience for yourself to truly appreciate. I’d highly suggest that you try them.

Once you do, you honestly won’t want to go back.

If you don’t have the equipment to support it currently, then I’d say don’t worry about it for now, and upgrade when you can. Just know that it’ll be more than worth it once you do.

Luckily, most receivers today support those formats, so that won’t be a big deal either.

Long story short, you’ll be blown away when you experience true 3D audio for the first time, guarantee it. ?