Why Aren’t My Speakers Working?

Why Aren’t My Speakers Working?

Picture this scenario. You’re watching one of your favorite movies on your home entertainment system when a loud scene happens to come on.

All of a sudden you hear a slight crackle or even hiss, and the volume takes a major plummet. So you turn it off for a few minutes just to be safe, but when you turn it back on, you now get zero sound what so ever.

What the heck just happened; why aren’t my speakers working?

It’s a tricky question to answer, especially when something like this happens, but this was definitely a topic I wanted to cover since this is actually what happened to me too (and rather recently at that)

So what I plan to do here is give you a number of ideas as to what the problem could be, along with how to deal with them.

Though this was primarily made for remedying issues with home theater speakers, some of these tips could even prove helpful for other types as well, such as computer speakers. There should be a little something here for everybody.

Are My Speakers Blown?

Are The Connections In The Back Of The Receiver Plugged In All The Way?

Are The Connections In The Back Of The Receiver Touching?

Is The Outlet That You’re Using Faulty?

Are The Settings In Your Receiver Set Up Correctly?

Is The Speaker Wire That You’re Using Not Damaged & The Correct Kind?

Does Your Receiver Get Hot?

Are My Speakers Blown?

I know this is one a lot of us definitely don’t want to think about (me included) but unfortunately it is one we still definitely need to take into consideration.

A blown speaker can be a surefire way to ruin anyone’s day, no doubt about that, but before we jump to conclusions and assume that all hope is lost, what we need to do first is make sure that this isn’t the case.

But how in the world do we do that?

Ways To Test For A Blown Speaker

The first way you should be able to tell whether a speaker is truly blown or not is with the use of a 9 Volt battery. Before you do anything of course, please make sure that the speaker is fully disconnected from the amplifier before you continue.

What you’re going to want to do is take one end of the speaker wire, and hold it to one of the terminals on the battery. Then with the other wire, lightly touch against the remaining terminal in a sort of brushing motion.

What should happen is each time that the wire and the battery touch, the driver of the speaker itself should move a little. It’ll be pretty subtle however, so make sure you pay attention when you do this.

Now it’s normal to hear static or some type of thump as well. If you notice that the speaker reacts in any sort of way, then that’s good news because it means that it isn’t blown and the problem lies elsewhere.

While the battery test is helpful when testing to see if a speaker is completely blown or not, it won’t be able to tell you if it’s partially blown; meaning there’s still electricity going through but perhaps not enough to produce a fully audible result.

This is where a multimeter comes in. While I haven’t touched upon these too much, a multimeter is basically a device that can tell you if there’s adequate electricity reaching your speaker. I’d honestly go with this one if you plan on using one.

Here’s a really good video that talks about these along with how to use them (don’t worry, they’re pretty simple honestly)

~Great So It Probably Is Blown, Now What?~

If you notice that nothing at all happens during these tests, then there’s a good chance that a component inside malfunctioned. Now there’s a million different reasons as to why this can happen; all ranging from physical damage to the speaker, to crappy luck of the draw with it being defective already.

The most likely candidate why it would stop working in my opinion would be what’s known as the voice coil. The voice coil lies just below the visible cone of the speaker, and is what pushes it outward when a current is present.

However what can actually happen when too much electricity is introduced( ala playing your equipment at super high volumes) is that it can overheat and deform. This deformation wouldn’t allow it to apply adequate force against the cone, resulting in little audibility.

Either that, or the glue within the cone itself managed to come undone and now there’s not a proper seal from the outside. This would also result in a similar effect.

So you might be asking well can you fix a blown speaker? And the answer to that is that you technically can; only if it’s the cone itself and not the voice coil. You’ll be able to tell if it’s the voice coil because there’s usually a burning smell associated with it.

Another good way to tell is if you push lightly push on the driver and you hear a scratching noise or feel a lot of resistance. Those are sure fire ways to confirm that it’s fried on the inside. If its the cone, you’ll be able to tell because you’ll see gaps along the edges; or if when you lightly push on it, it feels loose.

But I’d be lying to you If I said that it’s the easiest thing in the world to fix one (this would be something that would take quite a while admittedly). But if you’re dead set on fixing it yourself, and you have lots of patience along with a steady set of hands, here’s how you can do that.

Are The Connections In The Back Of The Receiver Plugged In All The Way?

This might sound like a seemingly obvious thing to point out, but believe it or not, it’s something that’s surprisingly easy to overlook. If you’re not getting any sound, check to make sure the connections are fitted all the way in.

Through various means (perhaps loud rumbles from the subwoofer or moving the cabinet with the receiver in it) it’s always a possibility that something got shook loose somehow so keep this in mind.

This is also fairly common, and is one of a number of other setup mistakes that’s talked about in the following article (highly recommend you take a look, as I’m sure it’ll help you out immensely)

Are The Connections In The Back Of The Receiver Touching? 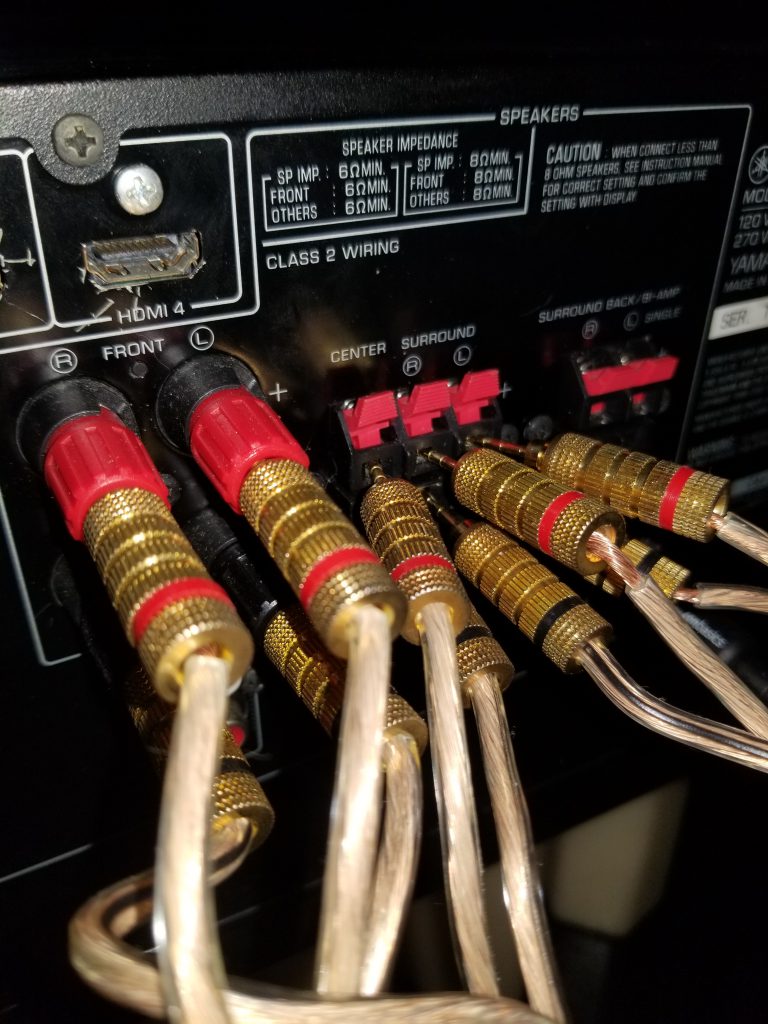 Another theory is that the connections themselves might be touching. Be sure to check that whatever connectors you’re using (banana plugs, pin plugs, etc.) aren’t touching and are in their own space.

If they do touch, it can short circuit the receiver causing it to output a lot less volume; or even turn it off in some instances as a safety precaution. Even a single strand of bare speaker wire touching something else is enough to cause issues so check for that too.

Is The Outlet That You’re Using Faulty?

This one is certainly a real possibility. If you seem to be having issues with your speaker not producing output, you can always try switching wall outlets to see if that remedies the issue. In a lot of older houses, wiring can be shoddy which can of course cause problems when it comes to electronics.

If you switch outlets and notice that it works in that one, then it’s definitely that specific outlet. While that’s certainly a good thing, this would also mean calling an electrician should be top priority since that could pose a safety hazard at any point in time.

Are The Settings In Your Receiver Set Up Correctly? 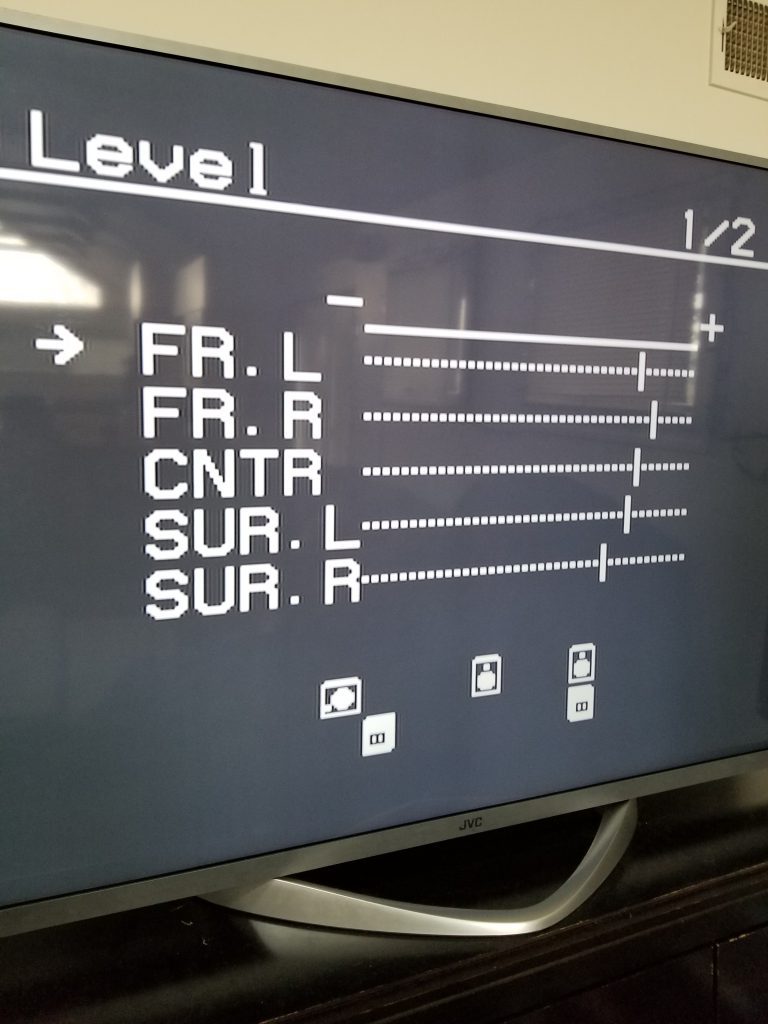 There’s a lot of little settings in the receiver that can certainly make it easy to mess something up accidentally. While it would be impossible for me to go through every setting since every receiver is different, a few things come to mind that should be checked for.

The most obvious question would be did you mute it? If not, then you should check if you pressed a button on your remote called straight or direct. This is a mode that’s designed to use the amp in the receiver and nothing else but what I’ve noticed is that it can sometimes cause zero audibility as well.

To get out of this mode, press the listening mode you were using prior to that.

Another thing you should check for is making sure the receiver is on the right input. It can be surprisingly easy to accidentally switch to the wrong one believe it or not.

Here’s a helpful little AVR guide I did a while back that talks about these things as well a guide on fixing some common home theater mistakes that could very well play a part as well.

Is The Speaker Wire That You’re Using Not Damaged & The Correct Kind? 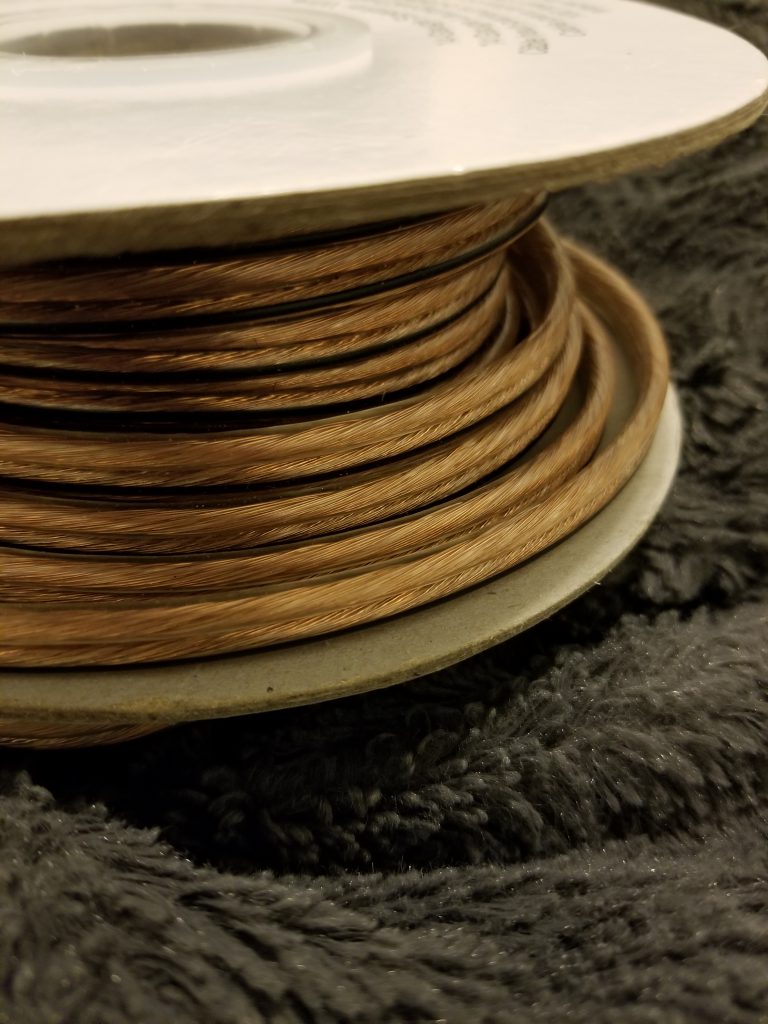 Yet another thing to be cognizant of is the condition of your speaker wire itself. Are there any scuffs, holes, or obvious wear and tear anywhere on the wire? Also check the tips where it connects into the receiver. Are there a lot of bent or missing strands?

If so, you have the culprit and know that it needs to be replaced. Here’s how to do that.

These sort of things can happen overtime without you noticing until it begins to cause more apparent issues like a mute speaker. Also, unless you plan on running the wire over great distances (50 feet or more) 14-16 gauge speaker wire works best since a greater draw of electricity is needed when you go lower than that.

Does Your Receiver Get Hot?

Lastly, it is possible that your receiver itself is overheating and needs a break for a few hours. This can happen when you play at extremely loud volumes for extended periods of time, when the receiver is old, or when it doesn’t get adequate ventilation.

If you also notice dust within the receiver, with the unit turned off and unplugged, you can always lightly blow on the vents to help loosen up some of that dust.

It’s paramount though that the device gets adequate ventilation in an open space with nothing placed on or around it, since improper placement can lead to it overheating.

Hopefully all of this helps with the original question you were probably asking at the start, why aren’t my speakers working? Being that electronics are very complex pieces of equipment, it’s to be expected that statistically, someone’s likely going to have some sort of problem eventually.

But again, I’m hoping that this was at least of some help and allowed you to solve the problem. If you’re however still having issues even after all of that, then feel free to reach out to me and I’ll see if I can figure out what the problem might be.

Until next time, make it easy, keep it simple. 🙂