Wait why doesn’t it turn on? Why is there sound playing but no video?

If these sound similar to issues you’ve had then you’re not alone. It almost seems inevitable that at one point or another, we end up running into some kind of problem.

Trust me! I would know better than anyone since the premise of this website was built on those problems, and making the lives of others easier.

So I think you know what the theme is going to be. Today, I’m going to be going over some of the most common home theater problems you might run into along with exactly how to fix then.

I’m Hearing Sound But I’m Not Actually Seeing Anything

My Receiver Randomly Turns Off

I Have A Subwoofer, So Why Does It Sound Like There’s No Bass

I Bought New Speakers But Why Do They Sound Hollow

Why Do The Faces On My TV Look Red

I’m Not Hearing Much From My Surround Speakers

Why Am I Hearing Static?

I’m hearing sound but I’m not actually seeing anything?

There’s 2 things that could be happening here.

The first thing that I would guess is happening here is that you possibly have an HDMI cable unplugged.

I know this sounds obvious, but you would be surprised how many times it’s simply a cable that’s not plugged in all the way that’s causing the issue, so make sure it’s not that.

If that doesn’t help then the next thing I would think of is that it’s on the wrong HDMI input. If you put the TV on the incorrect input, you’ll likely see a picture with no sound or vice versa.

That’s why whatever device you have plugged in to your receiver, you have to be aware of what slot it’s in.

So from there, you can easily enter the input corresponding to it. For example, if you had a PS4 plugged into HDMI 2, but your TV was on HDMI 3, then you’d likely be seeing a black picture.

You would have to hit HDMI 2 on the receiver remote so it changes to the right one.

Highly recommend you to check out the following article I did, as it shows you exactly how to fix a lot of common mistakes like these, along with so much more.

My Receiver Randomly Turns Off?

One instance I can think of this happening is if the connectors in the terminal are touching.

Since there is an active electric current traveling through them, if two opposing connectors touch, it’ll temporarily short the receiver. It would then shut off as a safety measure.

I would be really careful with this happening, but if you don’t move your stuff around too often, you shouldn’t have to worry.

Another reason I can think of this happening is if the speakers connected to the receiver draw too much power, and thus aren’t sufficiently powered.

When you buy a receiver, pay attention to the ohms rating. If a speaker is rated at say 2 or 4 ohms, and your receiver only supports 8, it won’t be able to power them adequately.

Yet another instance I can think of this happening would be the receiver unfortunately being faulty.

While this isn’t likely, always keep in mind that for whatever reason electronics can and sometimes do in fact go bad.

Take a guess on one of the most common mistakes that exacerbate this issue.

Placing your receiver in a cabinet with no ventilation would do it.

I know I’ve said this before, but let me reiterate; NEVER put your receiver on the inside of a walled off cabinet.

If a receiver doesn’t get enough ventilation, not only will it overheat, but it might overheat enough to be a fire hazard. So please don’t take that lightly.

Here’s a few good receivers to go with, should you find yourself in need of another one.

I Have A Subwoofer, So Why Does It Sound Like There’s No Bass? 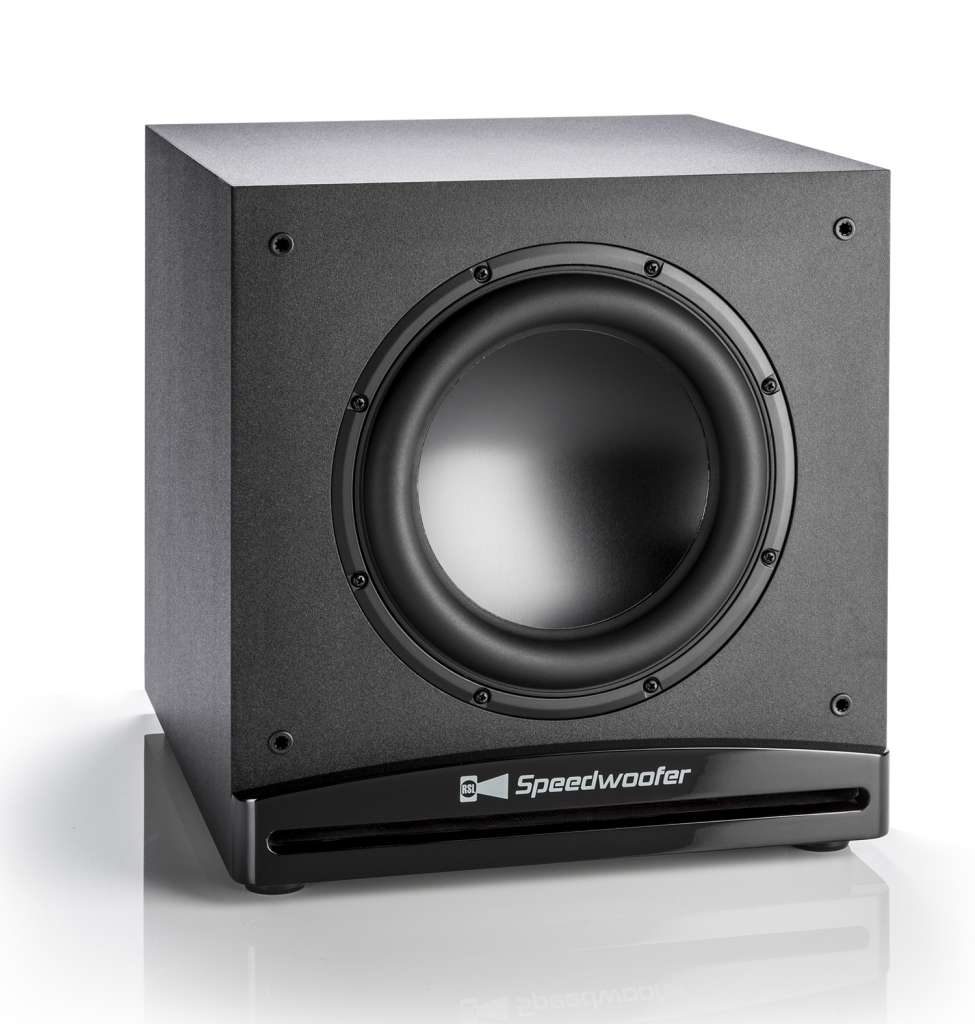 This one’s funny because I’ve made this mistake too. The way that bass differs from higher frequency sounds is its ability to travel far. With this, the bass waves in a room can double over onto itself causing what’s known as a peak.

That’s a point in the room where the bass wave combines with another, causing it to be amplified in that specific location.

Conversely with this doubling over of bass notes, it also leaves dead spots in a room called a null. In a null, it makes the bass sound nonexistent in one location because it couples in one spot and remains absent in another. How this happens depends on the characteristics of the room.

The thing is, you have to be careful during setup because peaks and nulls exist in every room.

So what is probably happening in your case, is that your seating location is in one of these dead spots aka nulls. Or, you didn’t do the subwoofer crawl and placed your sub in one of them.

In order to easily fix this, all you would have to do is repeat the sub crawl. Only this time pay attention to the how it sounds in each location around the room.

You’ll definitely notice a difference when you do it right.

What you can also do to reduce the number of dead spots overall is add an extra subwoofer.

Not only will this provide double the amount of bass output overall, but it’ll also provide more coverage as well, giving you a much better experience as a result.

The need for more than 1 becomes increasingly important the greater the amount of seating positions you have, since the sound will likely be different for your guests in each of those spots.

Here’s how to add 2 subwoofers, ultimately solving this issue entirely should you encounter it

I Bought New Speakers But Why Do They Sound Hollow?

Here’s another instance where your room is playing a much bigger role than you think.

In general, when a room has a lot of reflective surfaces like hardwood or tile, many of the sound waves can become victim of destructive interference.

Basically, this can cause the sound to potentially seem harsh or shrill.

When you begin to add more soft surfaces to a room like couches and such, the material helps absorbs some of that sound, taking the edge off.

So, the more soft material added to a room, the more it’ll help reduce this effect. Your speakers are probably fine if anything, meaning it’s the room itself.

Have you ever seen someone on YouTube with foam padding on the wall behind them? This does the same thing. The good news this is at least an easy fix especially with acoustic panels.

Calibrating them of course also helps, and if they aren’t, then you’ll want to do so immediately. It makes a dramatic difference in the entire experience.

I give you some tips on how to do exactly that and more in the article below.

Keep in mind that it is also possible that your speakers potentially aren’t powerful enough for the room you’re using them in if you notice them sounding subpar.

A good way to tell if this is the case is the volume you actually have to turn them to to reach a listenable level.

If you’re having to turn the volume to near reference levels or 0 just to do that, then it’s definitely time for a swap out/upgrade.

Luckily I also did an article on how to choose the perfect speaker for your room size that’s also listed below so definitely be sure to check that out as well.

Why Do The Faces On My TV Look Red?

If your tint is set too high or low it can cause the overall picture to look red or greenish. So if you are running into this issue, that’s the likely culprit. It could be this, or it could be that the color temperature on your TV is set to warm rather than normal.

Again this where the importance of calibrating your equipment comes into play as I’ve said many times in the past; it makes a dramatic difference. Luckily it isn’t hard to do so, and I show you exactly how to do that here.

I’m Not Hearing Much From My Surround Speakers

The thing about surround speakers is that they aren’t like your primary left, right, and center. Surrounds in general are much more subdued, so this is completely normal.

This is especially true if the volume of what you’re watching isn’t turned up that high. If you’re just watching regular TV, then I also wouldn’t worry much either. Often with standard cable, they don’t support surround sound at all so this could have another thing to do with it.

Just to be sure though, here are 2 guides to make sure you have things set up properly.

Why Am I Hearing Static?

First thought if you are hearing static, is that a connector isn’t tight enough in the terminal. Check to make sure the connection is tight both in the back of the speaker, and in the receiver.

If that doesn’t fix the issue then another potential culprit would be that a part of the speaker wire got damaged at some point in time.

Hopefully not, but if you did knick it at some point, you’ll need to cut more speaker wire and rewire that particular speaker.

Moving the wire from where it initially got damaged would probably be a smart idea too if that’s the case.

If it’s neither of those then unfortunately it may be your speaker overall.

While highly unlikely, it is always possible it could be defective. If you truly think it is, then you probably wouldn’t need to worry since 1-year warranties are common with newer electronics purchases, and extended warranties with long term ones; meaning you’ll be right back in the action in no time with a replacement.

Again this is pretty unlikely though since speakers are meant to last, but it’s not out of the realm of possibility.

Hopefully this helps at least a little in regards to possible home theater problems. I know that home theater can be somewhat of a pain sometimes, but it’s so worth it in the end when everything just works.

To help you out even further, here’s a bonus of 10 additional ideas you can use to really take your setup to the next level that I personally use.

But that’s all I really have for now though folks.

If you do have any additional questions, please don’t hesitate to reach out to me.

Until next time, take care. ?